Mother Africa And Nigeria – Remembering A Man Who Died For The Love Of Both: Pius Adesanmi

On the 10th of March 2019, a crash happened! Ethiopian Airline Flight 302 went down and with it, went the lives of many: many who were on the flight and many more who were not on that flight, died! They all died in more ways than one. Some may find healing. Yet, for others, healing and closure may elude them for a long time.

Flight 302 has come to hold a new meaning for many. For us at Team LR, it shoves a shattered project in our faces, the fragments of which are like a million stars in the night sky that look quite close but are way out of reach. The news of his death meant the feature article with our motivational e-space planned for later this year was gone. However, these sort of persons do not die – their influence on their generations loom large because they have done the bulk of their work in the hearts of men and women. It if from heart to heart that their work keeps reincarnating in generations yet unborn.

As the buzz around his death begins to subside, rest assured that every now and then, like a phoenix from the ashes, his message will continue to resurrect from the annals of history to burn brightly in the present.

A very beloved man is dead. We mourn. Every now and then a meteor drops from the sky and ten thousand tongues from across the globe are united in mourning. In Pius, faith in humanity is once more restored. Now a new generation that has been raised on the tasteless diet of mediocrity and poverty of the sense of self and human dignity, has the exciting obligation to discover the hefty totality of Pius Adesanmi’s crucial socio-cultural, cross-cultural, linguistic, literary and intellectual contributions to making Africa the forward-thinking continent the world needs to see. The next generation may also take the needed guidance and instruction from his exemplary life story.

A global citizen, yet at his core unashamedly Nigerian and deeply African. He lived for the books, fought to bring back his country, Nigeria from the precipice, had great hopes for the bruised and hurting Mother Africa, and ultimately died for the love of them both.

If life is indeed a song, Pius’ is an eternal symphony of meanings. He lived his life as a career pilgrim, a nomadic priest of poetry, a restless Abiku wild-child, Cosmopolitan, Afropolitan, Omoluabi of Isanlu descent, a god of satire, a spartan social gadfly against all forms of mediocrity, a flagellant’s Koboko for the misbehaving politicians and church leaders,  consummate global intellectual and a formidable force for good. His good music and great vibes laced with an embroidery of Yoruba cosmology, Isanlu socio-cultural milieu and choicest sieving of the best brains from East and West. Pius was the type of intellectual a generation should imbibe. He was a mirror held out for all generations to see their imagined future. He can go to heaven and carry on singing with the angels, and here below, his songs will survive, seeing the sheer enormity of the lives he touched. Emma Lazarus words in the ‘New Colossus’ is true of Pius Adesanmi life-long intent:

“Give me your tired, your poor,

The wretched refuse of your teeming shore.

Send these, the homeless, tempest-tost to me,

I lift my lamp beside the golden door!” 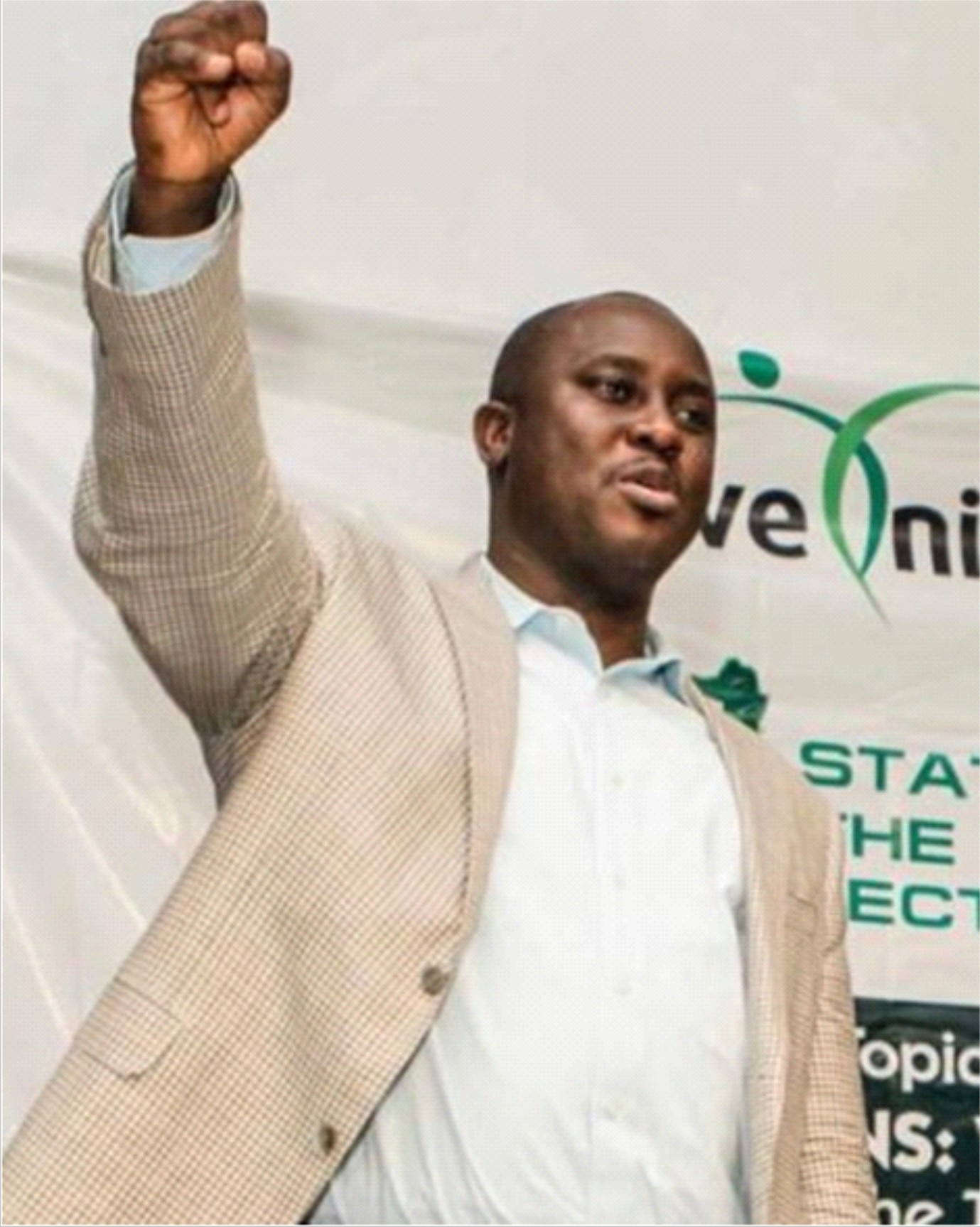 Pius was a wayfarer, who lived on many global highways, in many literary worlds, initiating meaningful connections, forging links and fora, curating spaces and places where young Africans could be planted, supported and left to bloom. He sought to harness all the budding star lights on the continent into a huge enlightening bonfire to power the Africa of our dream. With Pius national boundaries were artificial and as such he bestrode them like a colossus and invited others to do the same.

Professor Pius Adesanmi has left us so much of himself and we see so much more of himself in ourselves. He is us. The reign of his ideas, ideals, dreams has just begun.  In death he is still connecting us and summoning us to march on. And we will. As E.B. White asserted “A writer should tend to lift people up, not lower them down. Writers do not merely reflect and interpret life; they inform and shape life” These and much more are true of Pius.

A star of Stars, a demigod of satire who hears the cosmic music of the Yoruba socio-cultural and spiritual life-worlds, weaves the fabrics of family and familiar memories into a barbed rebuke, and many times offends the Nigerian Emperors of mediocrity. In this he became the self-appointed angry voice of the downtrodden against the thieving elites. Pius’ restive, humour-laced and feisty advocacies were not borne out of a blind optimism or despair but were the welling-up of the innate urge to improve the world’s imperfection. Especially the Nigerian and African life-worlds. Pius is a several award winning author, his laurels include a 2017 Canada Bureau of International Education Leadership Award; the unique Penguin Prize for African Writing in the Non-Fiction category for his book ‘You’re Not a Country, Africa’; the Association of Nigerian Authors’ Poetry prize for his collection, ‘The Wayfarer and Other Poems’ and countless number of articles to his name. Even with Pius’ death, the light of his prodigious creative imagination remains undimmed. His critical writings will become classics for the future; they will be  benchmarks with which to assess the past and anticipate a civilized future for Nigeria. It is evident, that not even death is able to gag his eloquence. He speaks with ten thousand tongues from the grave. Soar on Pius! 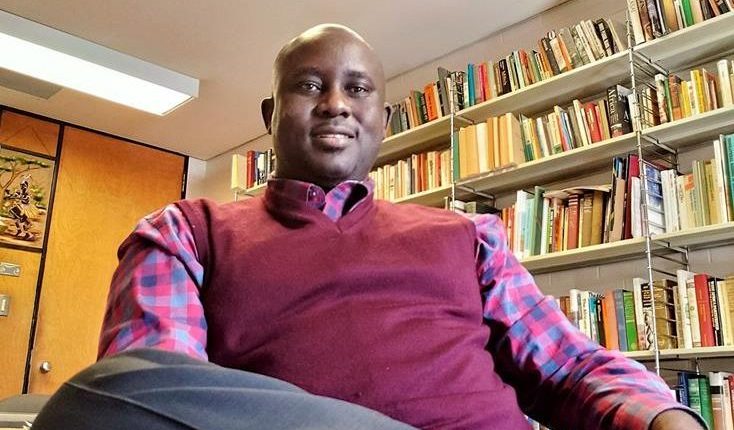 We would be wrong to remember Pius solely as an intellectual, a social commentator and critic. That would be to deny the best in us–an inspired portion of which he planted there. He was a man of compassion and one with a sensitive heart. He was a family man, a staunch catholic who understood religion as an inner force for good and lived it out in his everyday life in such a manner that exuded contagious humanity as well as love for all and sundry.

When it mattered most, he spoke of God and flew on the wings of the morning into the waiting arms of God. He loved his mother, his wife and daughters, especially, Tise. This extraordinarily talented intellectual, humanist, public commentator and critic did not live for himself only.  He utilized the whole of himself and all that the heavens, education and cultural upbringing blessed him with, to see that Nigerians and Africans develop the capacities and repertoire of transferable skills to turn their countries around by themselves.

There are no words, no epitaph, no monument, no dirge, no memento sufficient enough to capture the largeness of Pius’ life and to describe our great sense of loss. We however rest our collective grief on the words of Toni Morrison – ‘There is no time for despair, no place for self-pity, no need for silence, no room for fear. We speak, we write, we do language. That is how civilizations heal” –  Prof. Pius Adebola Adesanmi is one of its foremost healers, preachers and teachers of civilisation. We conclude with an excerpt from one of his articles (An Archaeology of Nigeria):

“I have drawn this profile not because I have hope for change. Sadly, I think our people have been psychologically defeated and have come to accept and love these things about Nigeria. They turn on whoever tries to awaken them. Nigeria’s irresponsible rulers have us where they want us. I write basically these days for the purposes of archaeology. A thousand years from now, archaeologists would be interested in how some people called Nigerians lived in the 20th and 21st centuries. If they dig and excavate, I am hoping that fragments of my writing survive to point them to the fact that not all of them accepted to live as slaves of the most irresponsible rulers of their era.”

There is no human without their own share of imperfections. Pius must have had his short comings no doubt! However, what gladdens our hearts is that he has left a message which transcends his human inadequacies. What message are you and I leaving for our generation and those to come?

The ongoing great global public ritual of mourning Prof. Pius Adebola Adesanmi expresses the renewed dedication and commitment to the unfinished task of realizing Nigeria’s and Africa’s best ideals: a public poetry of change; a public engagements towards freedom, a covenant conversation with cultures for a new renaissance. These are the pathways that will eventually put flesh on the bones of liberty, equality, governance, education and development. The reason why someday, Pius will look done with the other Saints and smile.

Let us know what memories this Secular Saint and Spartan Gadfly evokes in you in the comments section.

Both write from Sheffield, United Kingdom